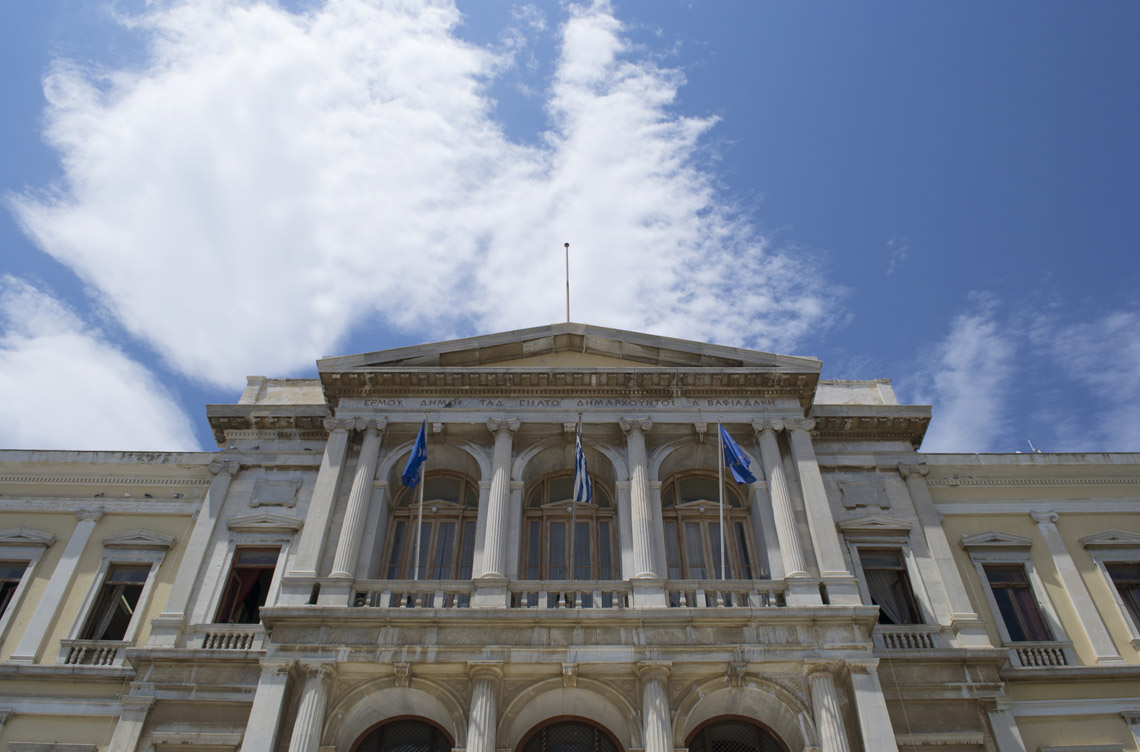 Hermoupolis started being gradually inhabited by immigrants, who came from Minor Asia, Chios, Casos, Psara and Crete, in 1822. The first immigrants were victims of the slaughters unleashed against the residents of all these places, by the Turkish navy in 1822. The existence of the Catholics on the island of Syros had already placed the island under the protection of the so called Great Western powers of that time. Therefore, immigrants primarily sought safety on the island of Syros. The name of the town was decided during a council held in 182, by the first residents of the town which was named Hermoupolis, to honour the ancient god of commerce, Hermes.

In 1823, the immigrants built the church of the Metamorphosis of Christ the Savior on the top of a hill, around which Hermoupolis was built. This church is also the Cathedral of all the Orthodox residents of the island. In 1833, exactly 11 years after the first immigrants set foot on the island, they began building the first Public High School of the independent Greek state. This school was directed by Neophitos Vamvas and Eleftherios Venizelos graduated from it,several years later. During the same period, the first tannage factory was built at Syros, as well as the town’s first harbour. In the first years of the existence of the independent Greek government, most of the foreign ships only berthed at the port of Syros, from which they performed transit commerce with the rest of Greece, Russia and the East.

The years between 1840 and 1880, Hermoupolis manifested a rapid growth and was turned into a cosmopolitan town, developing a strong bourgeoisie (a wealthy middle-class). Vaporia is the aristocratic district of Syros and Saint Nicholas’ church started being built in 1848. In 1864, the Apollo Theatre which was a miniature of the Milan Scale was inaugurated. Hermoupolis’ decadence was initiated after 1880, because of the development of the port of Piraeus from which, the greatest part of commerce began taking place. 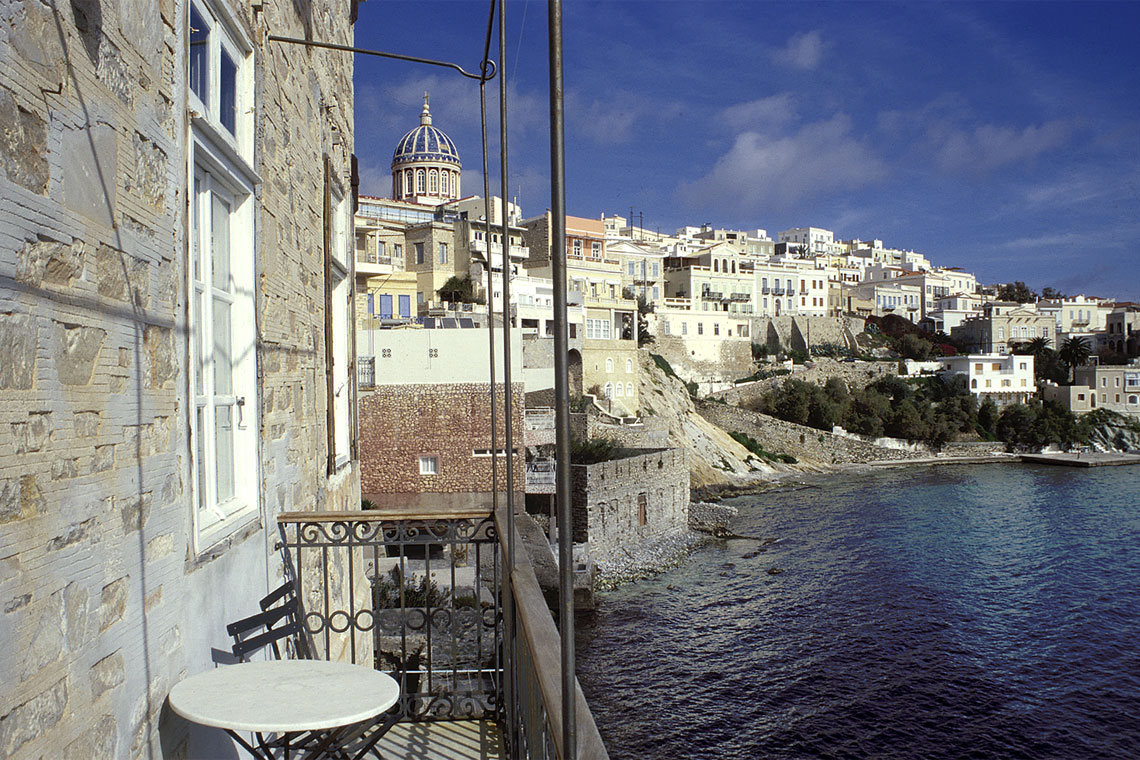 Vaporia is the aristocratic district of Syros. It is an area situated by the sea on the bay next to the port of Hermoupolis. The first row of houses is built above the sea. One of the houses at the centre of this row, is the “Apollonos” guest house. Vaporia is the old neighbourhood of the years of the great flourish of the island and it’s full of neoclassic buildings of unparallel beauty, which turn it into a magisterial area, maybe the only one existing in Greece as a whole. Vaporia have been preserved merely intact with a lot of effort, love and expenses.

Apollonos Street is the most popular street in Hermoupolis in which all neoclassic preserved mansions – built during the period of the great acme of Syros – are kept intact; one of these mansions is “Apollonos” guest house. The surroundings of this mansion are awe-inspiring and give the visitor a chance to take a walk in an area, in which great architecture and nobility are kept intact. Most of this street’s buildings are kempt and are still inhabited.